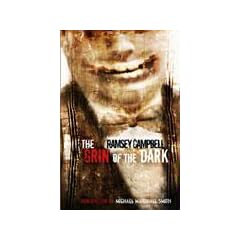 It is a peculiarity of the horror genre that most of what’s sold as horror in books or movies is really something else masquerading as horror. Every kind of genre work from mystery to adventure to romance gets classified as horror if it fits a few superficial genre conventions. A novel about smolderingly sexy vampires seducing unsatisfied women isn’t a horror novel, it’s a romance. A movie about a serial killer torturing victims in creative ways isn’t a horror novel, it’s suspense or a thriller. Prominent horror writers who may have written something truly horrific once upon a time like Stephen King or Clive Barker or Dean Koontz branch out and explore their interests and their books are still being sold as horror when they’re really fantasy or metaphysics or some sort of expanded article from DogWorld Magazine.

I don’t mean to suggest that some of these ‘horror’ works aren’t excellent literature in their way. They just aren’t truly horrific and disturbing in that special way which makes the skin crawl and makes you want to turn away as you’re riveted in fascination. You experience this in truly effective horror like the scene when you see the shadow of the little girl stabbing her mother with a trowel in the basement in Night of the Living Dead or the moment in Clive Barker’s Damnation Game when the dead puppies return to nurse on their mother. It’s the element of the unnatural and inconceivable which H. P. Lovecraft and Arthur Machen captured in their best work and which very few others are able to access consistently.

One of the few who has that touch of true horror is British writer Ramsey Campbell. When he is on his A-game he is arguably the most truly and consistently horrific writer working today. Nowhere is this demonstrated more clearly than in his most recent novel The Grin of the Dark

, a truly disturbing work which is one of the strongest examples of contemporary horror I’ve read.

The story centers on Simon Lester, a film journalist who is looking for a way to upgrade his career so he can hold onto his long-time girlfriend and her son who he’s come to think of as his own. He’s under a lot of pressure and not handling it well. He doesn’t get along with his inlaws, his publishers are flaky and his girlfriend’s ex is now rich and showing renewed interest in her. He decides the way out is to write a groundbreaking book on film, and increasingly he’s drawn towards a particular figure from the early days of cinema, a vaudeville comedian turned early film star named Tubby Thackeray. Thackeray is a mysterious figure who vanished from the public eye under a cloud, having starred in a series of slapstick comedies which started as theater of the absurd and became increasingly disturbing and unfunny over time.

As Simon embarks on writing a book about Thackeray he begins to run into problems. Thackeray films seem to be virtually non-existent, historical records about him are few and contradictory, and sources for more information are elusive. But slowly doors begin to open for him and he finds his way into a sort of underground of Tubby fans, or perhaps disciples, and begins to get access to information and copies of his films, including lost and unknown films of a particularly disturbing nature. Not to give too much away, but the personality and peculiar character of Tubby Thackeray begins to infect Lester’s life, seeming to haunt and pursue him and ultimately seeming to possess his girlfriend’s son Mark, and things go downhill from there.

What’s remarkable about this book as a work of horror is that it’s not a ghost story and it’s not really even supernatural or anything else you would expect or can even really explain or classify. It’s just unsettling, disturbing and strangely realistic. The character of Tubby Thackeray is developed with extraordinary craft and rings very true. Although long dead and not even physically present in the story, his personality infuses the book, just as it starts to take over Simon Lester’s life, expanding like a balloon to squeeze everything normal out of his world and replace it with an altered reality based on Thackeray’s deranged vision. More than any other book I’ve read The Grin of the Dark communicates the feeling of being sucked down into madness.

Although Tubby Thackeray is not strictly speaking a clown, the book explores the borderline between humor and horror which makes us fear clowns and laugh uncomfortably at an execution. Campbell works almost entirely through description of events. He doesn’t explain why things happen or the processes which lead to what the characters experience, and that makes the horror much more effective, drawing the reader in as a passive participant.

<i>The Grin of the Dark</i> is horrific in a way which is more effective than much more graphic horror, with little violence or direct menace. It doesn’t just leave you scared, it leaves you thinking, and that’s a real tribute to Ramsey Campbell’s ability to write far above the level of the genre he finds himself a part of.